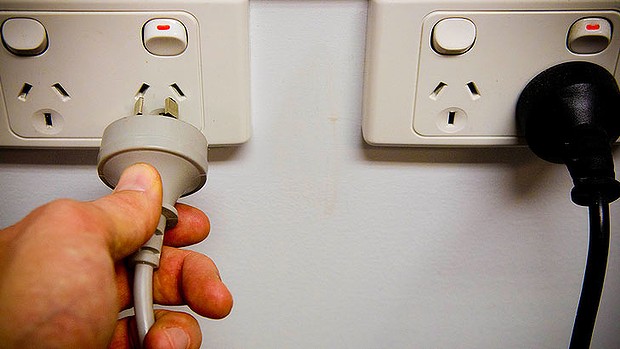 More than 400,000 electronic power meters have already been installed across southeast Queensland as debate rages over whether “smart meters” will help curb electricity price rises.

Ahead of a meeting with state premiers on Friday, Prime Minister Julia Gillard has been promoting a plan to ease increases in power prices including rolling out so-called smart meters.

The Queensland government has strongly questioned Ms Gillard’s claim that $250 a year could be saved on bills and challenged key elements including the smart meter push.

Old style power meters simply record how much power has been used and have to be checked every three months so electricity bills can be issued.

By contrast, smart meters, which have mainly been deployed in Victoria at great expense, can track when power is used at different times, allowing electricity companies to build in price incentives to use power outside of peak times.

The idea is that by spreading the power load, less money can be spent on electricity network upgrades to handle periods of extreme power use.

He said these meters were electronic and could record information about what times of the day power was used, but unlike smart meters they did not remotely send data back to retailers so meters still had to be manually checked.

“The fundamental difference between the meters we’re using … and smart meters … is really not the meter but the real-time communications network that stands behind [smart meters],” he said.

Queensland Energy Minister Mark McArdle said he was sceptical about the benefit of a full rollout of smart meters, noting the communications systems would be a big cost.

Mr McArdle said there was “no way we can agree to the smart meter principle” because the body that was used by the Prime Minister to model electricity reforms separately warned it was hard to justify the cost of smart meters.

That was a reference to a Frontier Economics client briefing titled Smart metering? Dumb solution.

The document says it is natural to think the solution to rising electricity costs is to allow peak-time prices to rise to choke off air conditioning demand on hot days.

“This could reduce the need for new investment and save on bills in the longer term. But time-based pricing cannot happen for most small customers at the moment because most households and small businesses do not have meters that record the timing of their consumption,” it says.

“As a result, whether they consume mostly on hot days or in the middle of the night is irrelevant to the price they are charged.”

But the document argues the benefits of smart meters “often fall far short of the costs, and this is why other states have not followed Victoria’s lead” in mandating a rollout.

“But to be clear, the smart meter rollout will make Victorians worse off to the tune of $300 million in net terms – that is, even allowing for all the presumed future benefits from reducing peak demand and eliminating human meter readers,” Frontier Economics says.

“And far from keeping bills down, the rollout is adding over $100 a year on average to what customers pay on top of all the other increases.”

Mr McArdle said the total cost of a smart meter rollout in Queensland could be as high as $1.8 billion to $2 billion.

“I’m yet to be convinced that smart meters are going to be the way forward. The detail coming from the feds are being drip fed,” he said.

But Ms Gillard’s office sought to allay concerns, saying any roll-out “should be done on a voluntary market-driven (business-led) basis, not mandatory”.

“This recognises that not all customers are able to change their electricity consumption and benefit from using smart meters, and that the existing tariff rate may be more appropriate than moving to a time varying tariff,” she said through a spokesperson.

So now we have a choice, move to NSW or QLD. They seem to be more interested in looking after their people and allowing them to make their own decisions about Smart meters instead of shoving them down their throats, threatening them, and then bullying them into submission. It has been stated so often in the media recently the rest of Australia is learning from the mistakes of the Victorian Government mandate. The question is when will this Government wake up, learn from it’s own mistakes and make them optional like everyone else??

We will continue to fight until they do.

We demand the same rights as our fellow Australians just across the boarder. And that right is to say NO.