Sofia Telemzouguer, the Cheltenham woman whose power was disconnected over a smart meter dispute, is running as a candidate for Bentleigh in the upcoming Victorian state election for People Power Victoria – No Smart Meters.  Her number one goal, as a candidate, is to repeal the so-called mandatory installation of smart meters in Victoria.

Sofia has experienced first hand the devastating effects of smart meters.  Her health was seriously compromised by a smart meter installation on her home.  Then, when her power company refused to remove the smart meter, Sofia was forced to take matters into her own hands. As a result, United Energy disconnected Sofia’s electricity, leaving her without power for 6 months until VCAT recently ordered a temporary reconnection. 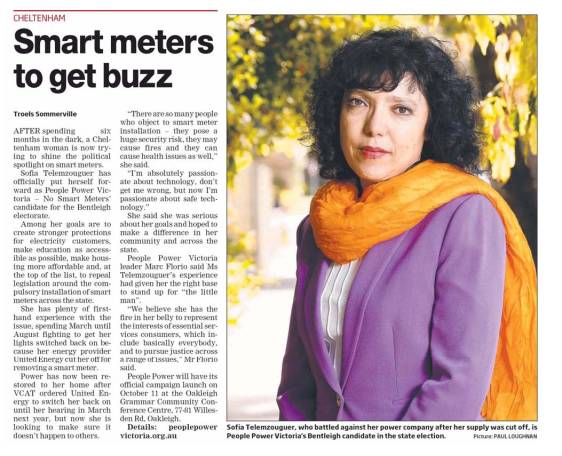